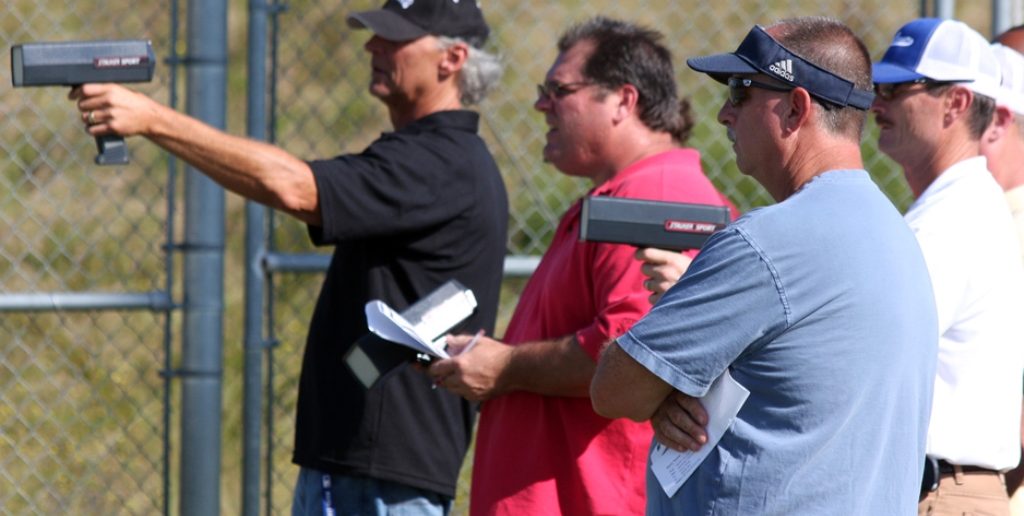 As we were landing in New York City, I looked at my wife and told her that this was going to be the best baseball experience I have ever encountered. I had no expectations, as I planned on taking everything in. The day before the draft we were invited to visit MLB Network, the home of the 2012 MLB Amateur Draft. Harold Reynolds, one of the best baseball minds in the game, welcomed us and gave us a tour of the nicest baseball establishments that I have ever laid eyes on. Later on, I was lucky enough to have dinner with arguably the most intelligent baseball mind, PERIOD, Peter Gammons. He acknowledges that the greater Houston Area was probably the most talent filled cities in America. Gammons asked me, “What is the first thing that catches your eye in a player?” I replied, “His body.” The conversation continued and I will never forget that, but the best was yet to come.

It was 7:05 pm, and I was getting dressed to impress with a suit I will only wear once and kept the tag tucked away so I could return it the next week. The Hawkins’ family and I were about to engage in something that every parent and coach dream of. Courtney was being recognized in front of the nation for being one of the best up and coming baseball players. For once, I sat speechless and if you know me that doesn’t come easy. My hands were sweaty, and my mouth was dry as Bud Selig introduced himself to the Hawkins’ family and me. Frank Robinson, Joe Torre, Ivan Rodriquez, C.C. Sabathia and the “who’s who” of scouting also greeted us. I wanted to throw up, I felt like I was on my first date with my wife, all I wanted to do was impress. With all the great baseball bodies around, I tried to suck in my beer gut the best way I could. I looked at Courtney as his name had yet to be called, his phone would not stop buzzing. On the tenth pick, a White Sox representative winked at Courtney, he looked at me and said “Ray I’m now with the White Sox!” The water works were in full effect, and with the 13th pick of the 2012 MLB Amateur Draft, Courtney Hawkins was selected by the Chicago White Sox. Nine other high school players, all Banditos followed Hawkins by being selected in the draft. Nick Williams from Galveston Ball High School, a second round pick, in my opinion should have gone a lot higher. Austin “The Freak” Dean has been a Bandito since the age of six, was selected in the fourth round and has already signed and reported to Rookie Ball. Jeremy Kivel went in the tenth round, along with a house hold name in C.J. Hinojosa who went in the 26th round to the Houston Astros after being sidelined to a shoulder injury. Hinojosa is close to my heart as I know, the kid can hit in his sleep. He was always taught, “If you hit, you don’t sit,” and he will stay true to that motto wherever he lands.

After the draft, I finally figured out what Peter Gammons and these scouts looked for in these kids. I listened in as I rubbed elbows with the best minds baseball can find. All I kept hearing was, “the body and the ability to hit.” Here I am pounding down a fresh fit meal from Subway and I’m here to tell everyone, BODIES MEAN BUSINESS. But don’t forget the ability to hit comes in clutch as well. Larry Dierker, the ex-skipper of the Astros joined the Hawkins family and I for dinner and I asked, “What is the first thing you saw in Correa?” Dierker said “His body.”

I want to give a special thanks to the Hawkins family for having the privilege of coaching their son and the invite to attend this once in a lifetime moment. Our foundation was built on ages 7-14 and projected the Banditos program into High School Showcase which was formed only a short four years ago. Also, thanks to my brother Robert for sharing our vision and building the Banditos Program to the nationally recognized organization that it is today.