You are at:Home»9u North»B9uN Run Out of Steam in 11-3 Loss to Titans in Championship Game 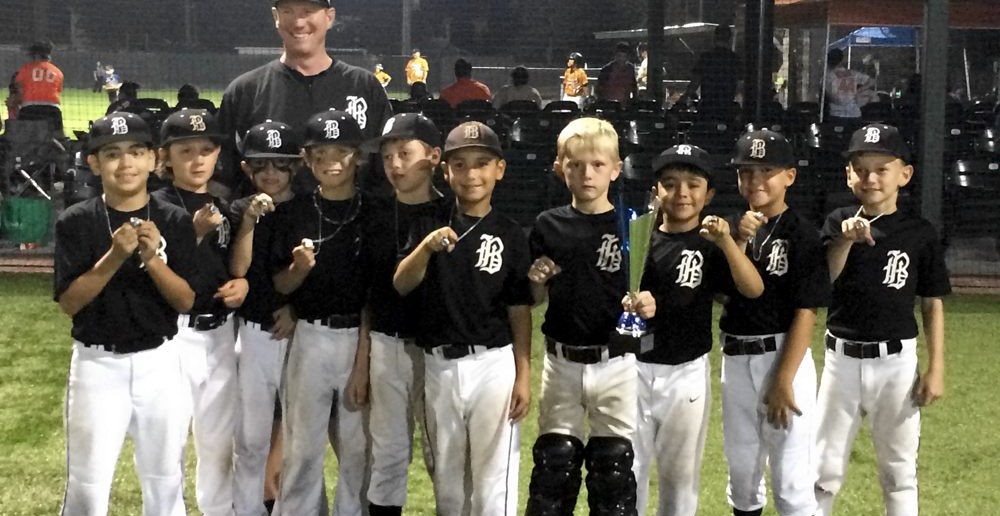 Houston Banditos 9u North dropped an 11-3 decision to Lamar Titians in the Championship Game at Scrapyards on Sunday night.  It was the second time in as many tournaments the B9uN came in 2nd.

Harper Gates did his best to jumpstart the offense for Banditos, reaching base two times. He scored one run and had one RBI. He singled in the first inning.

Peyton Reynolds got the win for Lamar Titians. He allowed three runs over four innings. He struck out six, walked three and surrendered three hits.

Karson Reeder was the game’s losing pitcher. He allowed seven runs in 1 2/3 innings, walked three and struck out four.

The bottom of the first saw Houston Banditos 9u North take an early lead, 2-0. A single by Bryce Hillegeist, scoring Reeder started the inning off. More runs came home for the B9uN when Hillegeist scored on an RBI single by Harper.

The game’s last lead went to Lamar Titians thanks to a second inning rally that saw seven runs cross the plate on an RBI double by Peyton, two errors, and two singles.

Good things are definitely coming for this young squad.