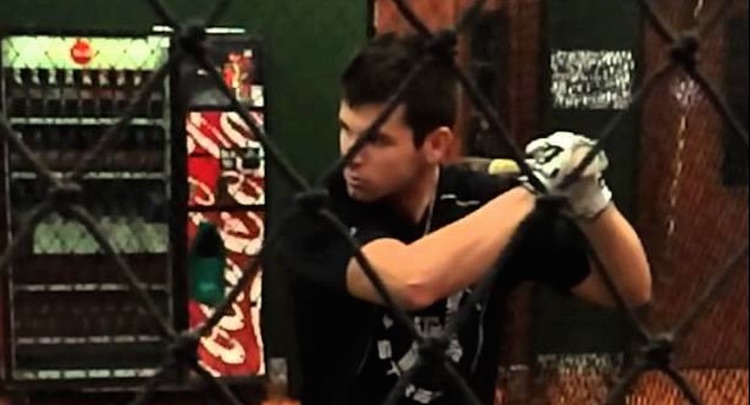 Fresh off an All-American season at Texas A&M, where he led the Aggies to the NCAA Houston Regional, Nick Banks is not just sitting around this summer.

Rather, the former Tomball High School baseball player is suiting up with some of the best college baseball has to offer on the USA Baseball Collegiate National Team.

Banks is one-of-eight freshman to garner an invite to the 33-man roster, which will be cut down to just 24 prior to the Collegiate National Team’s opening friendly series against Chinese Taipei on July 1.

USA Baseball National Teams General Manager Eric Campbell said when it comes to selecting freshmen for the team he cautions the selection committee in making that choice, but with Banks there was no doubt that he earned an invitation.

“Well I think he’s advanced as a freshman, and he’s had a great year,” he said. “He’s hit in the middle of Texas A&M’s lineup, he hasn’t backed away from any pitcher right or left-handed, SEC or non-SEC. He’s advanced for a freshman.”

The USA Baseball Collegiate National Team hits the field together for the first time on Friday as they hold their first team practice at the National Training Complex in Cary, North Carolina.

Arguably the most immediate difference Banks will see is the type of bat he will use when he steps into the box – wood not metal.

Despite Banks not using the same type of bat that he used all through high school, and his freshman campaign with the Aggies, where he finished batting .327 with 10 doubles and 26 RBIs, Campbell said they project him to do well with the transition.

“He’s strong,” he said. “We’re trying to project from a metal bat to a wood bat. He’s strong enough; we can easily project to a wood bat. And he’s going to have to show that in these first 10 days to be on the final roster, but we think he has the ability as a freshman to be really, really strong with a wood bat.”

To make the final roster for the USA Baseball Collegiate National Team, Banks has just nine games to prove he deserves to stay with the team for the remainder of the summer.

The freshman’s first chance comes against the Catawba Valley All-Stars on Saturday, followed up by games against squads out of the Coastal Plains League all the way up until June 29.

Even if Banks does not make the final roster, Campbell said the experience alone of playing among the best in college baseball would pay off huge to the future of his career.

“I think it says a couple things,” he said about what the selection means for Banks. “He’s earned it, we didn’t give it to him. He’s earned it. I think it means great things for him in the 2016 MLB Draft, I think it means good things for him whether he earns this final jersey on July 1 or not. It says a lot about a freshman if our committee, as diligent as we are, has offered him an invite.

To keep up with Nick Banks’ progress to making the USA Baseball Collegiate National Team you can CLICK HERE and you can also follow HCN Sports Editor Joshua Koch on Twitter.