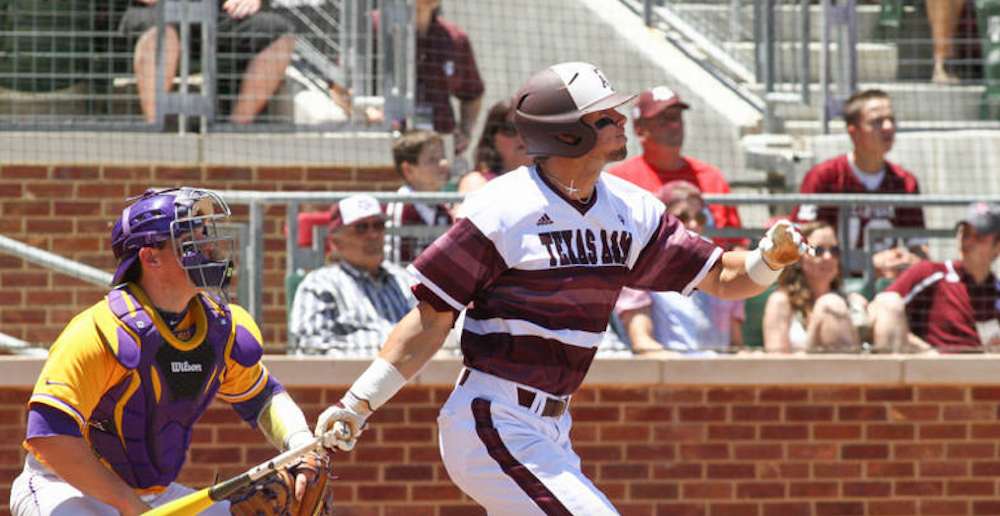 Following his successful rookie campaign, Banks earned Freshman All-America recognition from the National Collegiate Baseball Writers’ Association and Collegiate Baseball. He was named All-SEC Second team as well as earning a place on the SEC All-Freshman squad. Banks and Florida’s Logan Shore were the only two freshmen to earn All-SEC status in 2014.

After his freshman campaign, Banks was invited to play with the USA Baseball Collegiate National Team, helping lead the squad to a title at the 27th Haarlem-Honkbal Week in the Netherlands. He appeared in 26 games for Team USA, hitting .241 with two doubles, two home runs and 13 RBI.

The players were selected based on a balance of past performance, 2015 expectations and their prospective talent relative to the MLB Draft.

The Aggies start the 2015 campaign on Feb. 13-15 as they host the Holy Cross Crusaders in a three-game series on Olsen Field at Blue Bell Park.