You are at:Home»7u-14u»Banditos 14u Standing Out at WWBA National Championship 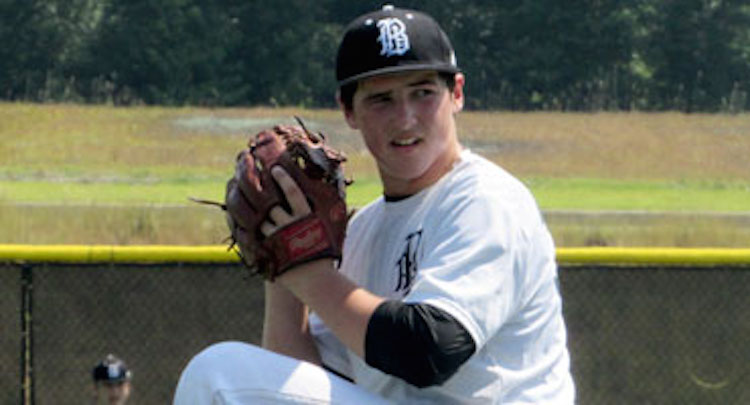 Banditos 14u Standing Out at WWBA National Championship

EMERSON, Ga. – This year’s 2015 14u WWBA National Championship is chalked full of great teams, but there are two that have stood out among the rest. The Evoshield Seminoles, out of Richmond Baseball Academy in Virginia, and the Houston Banditos, from Houston, Texas, completely obliterated their competition in pool play. There are teams that go undefeated, and that’s certainly impressive, but the amount of runs that these two teams put up is something you don’t see on a regular basis.

During pool play, these two teams combine for a 139 runs, with the Seminoles having the slight edge on the Banditos with 71 runs scored compared to 68. Looking at these stats could leave an opposing starter shaking in their boots, but teams such as Team Elite West and the 643 DP Cougars would try their hand at quieting these two devastating lineups.

On top of the absurd amount of runs that these two teams have scored, they have amazing defenses to match. The well roundedness of these teams has a lot to do with why they’re the Nos. 1 and 2 seeds heading into the playoffs. The Seminoles have only allowed a miniscule three runs through eight games, which is simply unheard of, and the Banditos have allowed just 13 runs.

This morning the No. 1 seed, Evoshield Seminoles, squared off against the No. 16 seed, 643 DP Cougars, in the opening round of playoffs. The Cougars were hoping to add a little drama to the tournament and knock off the top team with an unprecedented upset, but they would not be able to accomplish the unlikely feat. The Seminoles looked about as solid as they have all tournament in their 8-0 run-rule victory over the Cougars.

This game included just a snippet of what this Seminole offense can produce, as they started off with a big five-run first inning. The Seminoles were smacking the ball to all parts of the field and they would combine for seven total hits, overwhelming the 643 DP Cougars.

The Seminoles starting pitcher, Waring Garber, was fantastic on the mound today. He was able to get ahead and stay ahead, with 14 first-pitch strikes. He also sat down seven of the Cougars’ batters by way of strikeout.

“My slider was really working, and it helped my fastball look a lot faster than it was,” said Garber. “I think we need to improve on hitting with runners on. We just have to take it one game at a time.”

These Seminoles are always looking to improve on something, and regardless of the success that they have experienced thus far, Coach Chris Gerrity wants his boys to focus on improving each game. Coach Gerrity would throw his ace, Chase Smith, in the quarterfinal game later Thursday afternoon against Team Georgia Mizuno Elite, and it would work to the Seminoles’ advantage; they won 8-1 to advance to the semifinals.

“These are all fun going guys, and we try to keep them up and energetic,” said Coach Gerrity. “Some of these guys have been playing on the team for years, and I think we have put together a really strong team. We don’t have anybody with a power arm, but we have guys who throw strikes. We have worked with wood bats for the last couple of weeks, so that preparation helps. I think we need to improve on our base running moving forward. We’ve run ourselves out of innings and if we want to win this tournament, we’re pretty much going to have to be perfect.”

The Seminoles have gained a fair amount of attention due to their success, but talk of the Houston Banditos has been buzzing around the LakePoint complex as well. They would open their playoff run in the 2015 14u WWBA National Championship against Team Elite West, who would also be looking for an upset against this powerhouse from Texas.

The Banditos got off to a fast start in this game, as they scored three runs in the first inning off of a pair of base hits. The Banditos didn’t exactly get the offense going much in this game, and would rely on their defense and the big righthander, Adam Kloffenstein.

Kloffenstein has an intimidating stature, and his 6-foot-3, 200-pound frame allows for a long, deceptive pitching motion. His fastball gets on you quick, at 85 mph, and he is pretty tough to hit when he has his breaking ball going as well. Kloffenstein’s mechanics make his power fastball look effortless coming out of his hand, and he was able to lean on that pitch in tough spots.

Those tough spots would not occur frequently, but in the middle innings of the game he would get a little bit wild and give up some free bases. Obviously you never want to walk anyone, but it is how you battle back from that situation that defines you as a pitcher, and Kloffenstein showed a lot of maturity by keeping his composure and inducing groundballs when he had runners on.

After the wild streak, Kloffenstein would settle in and really start racking up strikeouts. His stat line for the day would end up being a little bit over five innings pitched, six strikeouts and no runs.

“My changeup was probably my best pitch today,” Kloffenstein said of his outing. “I was able to get it down in the zone, and it really helped the effectiveness of my fastball. Whenever I was in a jam, I just wanted to concentrate and bear down. Getting ahead and staying low, working off speed after that. That’s the philosophy I stuck with today.”

The Houston Banditos are throwing Nolan Crisp, who is a power pitcher that sits in the low- to mid-80s, in their quarterfinal game against the also undefeated Team Elite Prime. This matchup should prove to be a tough one for the Banditos, but if they play like they have been playing this entire tournament, Team Elite Prime will certainly have their hands full.

Coach Ross Santos is proud of the game that his boys played on Thursday morning, but feels that they need to step it up at the plate. The Banditos really won the game due to their stellar pitching and defense, but the offense was lagging behind. It really didn’t get started until they broke the game open with a five-run sixth inning. They’ll look to improve that against Team Elite Prime.

“These kids respect the game and pick each other up,” Coach Santos said. “This tournament, we decided to bring just the boys, have them all stay in a house together, and they have been getting along great. You could see in today’s game there were a lot of ups and downs, and right before we broke it open late, they were picking each other up and boosting morale.

“We have to hit more, though. Every team can hit, so we can’t wake the bats up for just two innings like we did today. We don’t have a lot of superstars, but we’re gritty. This is a scrappy bunch of kids.”

Seeing these two teams play each other in the championship would be an intriguing matchup to say the least, and it is not too far out of the realm of plausibility.