You are at:Home»15u-18u»Banditos Advance to Championship of 2014 17u PG World Series 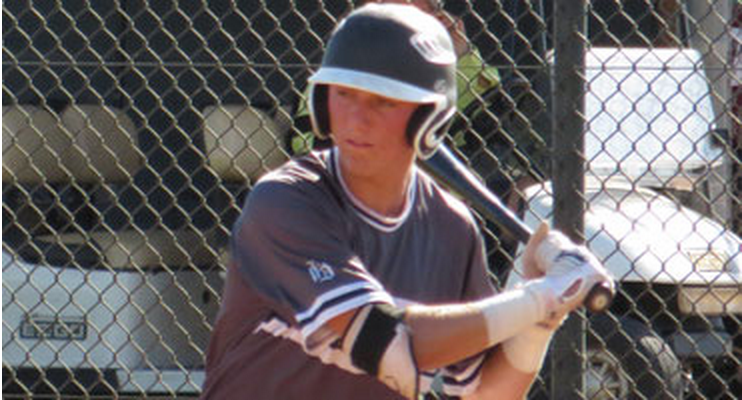 Banditos Advance to Championship of 2014 17u PG World Series

GOODYEAR, Ariz. – Shortly before recently announced Perfect Game All-American Kody Clemens took his cuts in a batting cage at the Goodyear Ballpark Recreational Complex late Tuesday afternoon, he took a moment to reflect on where he was and what he was doing.

He was at the microwave oven-hot Goodyear complex with his Houston Banditos teammates preparing for a semifinal round playoff game against Miami, Fla.-based Elite Squad Baseball at the prestigious 17u Perfect Game World Series.

He glanced over at one of the other diamonds on the Cleveland Indians side of the MLB Cactus League spring training facility – the Cincinnati Reds train on the other end of the complex – and watched as the Fredericksburg, Va.-based EvoShield Canes and NorCal Baseball out of Pleasanton, Calif., got ready to tee it up in the PG national championship’s other semifinal.

“The competition here is just ridiculous,” Clemens said, smiling widely and seemingly oblivious to the 112-degree air temperature. “You’re seeing the best pitching … and just coming out here and having a good time with all the players and all your teammates makes this a fun tournament.”

The Banditos were sitting exactly where every one of the 20 teams that opened the tournament on Saturday wished they were, and where only they and the Canes had landed.

They won their first two playoff games on Monday, which allowed them to sit back and see which teams would fight their way through the losers’ bracket of the eight-team double-elimination playoffs and be their opponent in what they hoped would be a single semifinal game encounter.

“Our bodies are taking a beating, that’s for sure, but we’re playing solid ball, our pitchers are throwing strikes and we’re making plays,” Banditos head coach Robert DeLeon said. “Most importantly we’re getting runners over and we’re getting them in; that’s the key to winning, in my opinion. Anytime you get a man on third with less than two outs you can find ways to win.”

“We have a lot of young kids and a bunch of talent on this team,” Clemens said. “I haven’t been on a team like this with this much talent my whole life; everybody’s just so into the game and so wanting to win it’s just an unbelievable experience.”

The Banditos began their time in the desert in impressive fashion, introducing themselves on Saturday with pool-play wins of 7-1 and 9-0 over the AZ Prowlers from nearby Peoria, Ariz., and the Tri-State Arsenal from not-so-nearby Voorhees, N.J., respectively.

They got punched in the gut first thing Sunday morning with a 5-3 loss to CBA Marucci from Chino, Calif., but gained a spot in the playoffs and the No. 5 seed with a 5-4 win over the West Coast Mariners from Salem, Ore., in their final pool-play game.

In two playoff games Monday, the Banditos first got past No. 4 Elite Squad Baseball, 4-1, and then achieved sweet revenge with an 11-7 win over No. 1 CBA Marucci. That set-up the rematch with the Elite Squad in Tuesday’s semifinal, a contest the Banditos won convincingly, 9-1.

It was a challenging journey, one played out in the searing desert heat but one that ended with the Banditos organization playing for yet another upper class Perfect Game national championship on the heels of rings won at the 2012 17u PG WWBA National Championship and the 2013 16u PG BCS Finals. The teens from Texas managed to stay spot-on when it came to their focus over the last couple of days.

“It’s not an easy job, it’s not an easy thing to do; there are a lot of factors that go into keeping these kids focused,” DeLeon said. “For one, the weather is so hot here in Arizona – we’re playing in 110 (degree) weather – but two, my coaches Shane Reynolds and Mike Capel do a phenomenal job with the pitch-counts of these pitchers that we have. If Shane says this guy can’t go anymore, then he’s not going.

“For the most part, the position players are used to playing every day but our main challenge right now is dealing with the pitch-counts for our pitchers.”

With one more game to play on Wednesday – unquestionably the most important of tournament – the Banditos stars have so far been many.

2015 right-hander Christopher Paddack worked 10 innings over two appearances and allowed one earned run (0.70 ERA) on six hits while striking out 13 and walking five.

And then there is Clemens, the son of seven-time Cy Young Award winner Roger Clemens and the youngest brother of 10-year minor-leaguer Koby Clemens and University of Texas sophomore Kacy Clemens (another brother, Kory, is a restaurant owner and chef in the Houston area; the sons were reportedly given names that began with the letter “K” to recognize Roger’s strikeout totals).

Although Kody goes into the championship game hitting just .238 (5-for-21), the No.43-ranked Texas commit has a double, a triple and a team-high 11 RBI. A recent alumnus of the 2014 Perfect Game National Showcase now on his way to the 2014 Perfect Game All-American Classic in San Diego in about three weeks, he absolutely loves the time he gets to spend at these powerhouse events.

“It’s fun to be around the same people that want the same ending, and what you want to do winning and how you compete; everybody wants to do the best they can,” Clemens said Tuesday. “I feel like I’ve gotten a lot better over the last few years just by playing against the best talent; it just helps you so much.”

Clemens readily acknowledges the contributions his dad and his brothers have made to his baseball career.

“Kody is such a pleasure to watch; he’s a great player and in my opinion he’s definitely a (high level) prospect,” DeLeon said. “He’s a hitter who generates some good bat-speed and he hits balls to all fields; he’s just a gamer. He’s just a flat-out gamer and I enjoy the way he plays and I appreciate his effort.

And a lot of the top prospects on this Banditos team are a little bit younger, guys from the class of 2016 who will be high school juniors in the fall. Wolforth, Capel, Reynolds and No. 56-ranked Texas commit Andrew P. Sosa are at the head of the class but there are several others. And they’re learning from the seniors.

“We’re always hanging out,” Capel said Tuesday. “I’m real good friends with Kody (Clemens) and we always get along, and I learn from the seniors and what they’ve been taught and what the coaching staff has said about them.

“This has been amazing; I love playing baseball,” he said of the 17u PG World Series experience.” I’ve been gone all summer – I’ve only been home three days, I think – and we’ve just been playing and playing. It’s a lot of great competition and playing against the best talent in the world, and it’s really fun because you don’t know what’s going to happen at the end of the day.”

At that point in the conversation, DeLeon walked by and Capel was asked if he enjoyed playing for the head coach.

“I love him,” Capel said with a smile while DeLeon gave him an animated thumbs-up.

“These guys have been here before,” he continued. “This organization is about developing and winning and these kids have been winning baseball games for the last six or seven years – since they were 10 years old.”

And now there is one more challenge in front of the Banditos and it is against a team – the defending champion EvoShield Canes – that came in as the pre-tournament favorites and has not disappointed in the least. The equally talented Banditos won’t shy away from this challenge.

“If I didn’t think we had a chance I wouldn’t be here and the team would not be here,” DeLeon concluded. “This team is well-coached, they’re prepared; Shane Reynolds and Mike Capel do a phenomenal job with our pitchers, and anytime you have good pitching you always have a chance. So, yes, I did expect our team to be in this position.”