You are at:Home»15u-18u»Banditos’ Prowess on Display in South 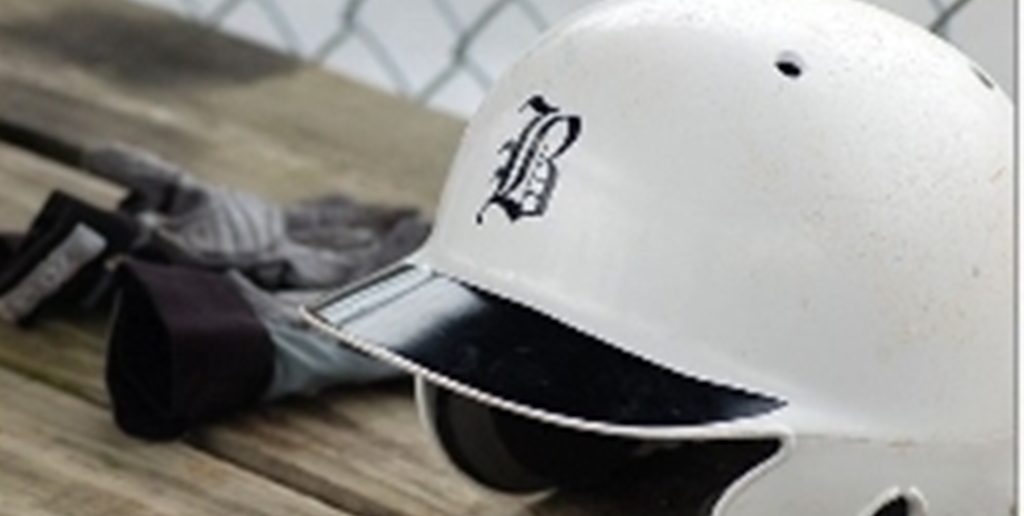 Banditos’ Prowess on Display in South

Banditos’ Prowess on Display in South 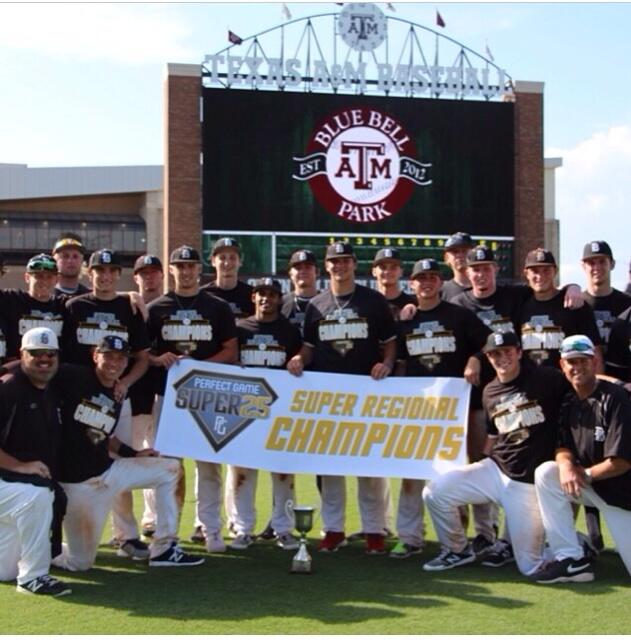 The Houston Banditos are well known in the amateur-baseball world as one of the elite travel-baseball programs in the country, and they further proved their prowess by winning the 17u Perfect Game Super25 South Super Regional this past weekend.

According to Banditos coach Ray DeLeon, the secret to their success is simple. “It all starts with good coaches and good people, and you have to believe in your system. Our system is that we start with our youth programs, and we build it up to the point where 90 percent of our older teams come from our youth programs. We keep them from 8 years old until they’re 17. You add a few kids here and there, and before you know it, you have some pretty good teams.”

While many programs pick and choose their talent from all over the country, the Banditos’ focus on developing their own players has led to a long tradition of success. The program has been going strong since 1996, and according to DeLeon, “it’s come a long way, and Perfect Game has allowed us to keep our tradition alive.”

The 17u roster is loaded with players already committed to elite Division I colleges, so their success this past weekend isn’t surprising. They already have kids committed to Texas, Texas A&M, Houston, LSU, BYU, Texas Tech, and Oklahoma State, as well as numerous other players who are being recruited by elite schools.

The Banditos have a number of stud pitchers, including Tyler Ivey (No. 118 Class of 2015 prospect, Texas A&M commit), Ryan Cole McKay (No. 8 nationally, No. 1 in Texas, LSU commit), and the big 6’8” lefty Cameron Kremers (No. 252, Oklahoma State commit). However, the hero on the mound for the Banditos this weekend was the uncommitted Hunter McClellan.

“Hunter sits at 87 and can dial it up to 90, he was phenomenal in his three outings. He came in relief in hostile environments and shut the door down three times,” said DeLeon. One of those games he came in was in the championship game against the tough Texas Sun Devils.

“The key to the championship game was definitely McClellan,” DeLeon said. “He came in relief in the third inning and pitched through the seventh inning. We were down 4-2, and he came in and dominated.” The Banditos ended up holding on for the 8-4 victory.

While McClellan held the Sun Devils down on the mound during the championship, a home run from Tyler Pinkston shifted the momentum of the game and allowed the Banditos to take the lead. “Pinkston, our 5-hole hitter, hit a big home run to cut the margin in half and give us momentum. He hit the ball about 370 feet with a wood bat. The Sun Devils starter was really shutting us down. When he hit that home run, it got the ball rolling for us.”

Throughout the weekend, the middle of the Banditos lineup carried the offense, with Joe Davis (No. 314, uncommitted) and Tristan Metten (No. 168, Texas A&M commit) joining Pinkston. “My 3-4-5 was unconscious,” said DeLeon. “The three of them hit 4 home runs for the week and drove in 80 percent of our runs. Pinkston hit two home runs and got big hits in the clutch.”

DeLeon believes Metten was the team’s MVP for the weekend.  “He hit .600 for the tournament, and he had 8 hits in a row at one point. The kid hit home runs, doubles, had 14 RBI for the tournament. He definitely stood out. When you start watching him play, he’s got such great hitting ability, it’s unreal. He’s a phenomenal player, he’s one of those kids that outworks everybody, and it shows. He’s not flashy, but he gets the job done, and he’s going to play baseball for a long time.”

With the middle of the order leading the charge, the Banditos were able to come together in one of the toughest regions in the country and pull off the Super Regional Championship.

DeLeon and his Banditos are excited for the Super25 National Championship later this summer. “It’s an honor to play on the same field as the Marucci teams, the Scorpions, and the other great teams across the country.” They will have the opportunity to play other great teams at the National Championship, and with the talent the Banditos boast, they should be able to stand up to the nation’s best programs.