You are at:Home»7u-14u»Dallas Young Wins Fastest Man, 9u Doing Work at PG Super 25 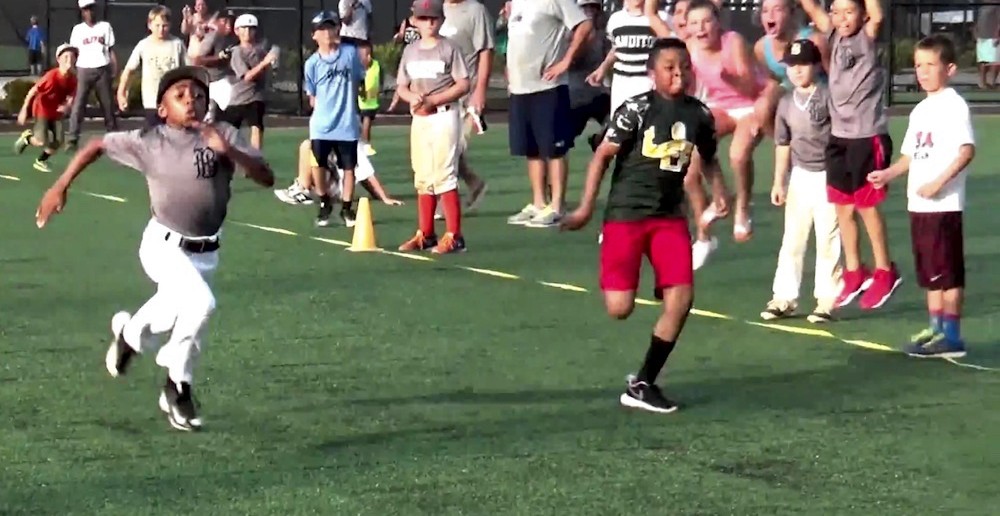 DAY 3 RECAP
The stakes were high on day three of the PG Super25 9u National Championship as it marked the last chance for teams to jockey for position within their respective pools. Some teams flourished and some teams faltered. Here’s a brief synopsis of the events from Thursday in Marietta:

The Banditos broke their two-run stalemate with the KBC Blue in the third inning courtesy of a seven-run outburst. The Banditos never looked back as they cruised to a 13-2 victory. The winning pitcher, Matthew Scott, frustrated the KBC batters with six strikeouts over five innings.

DAY 1 RECAP
Facing a seven-run deficit in the final inning, the Banditos displayed tenacity with an admirable rally. However, their efforts were not enough to topple the Game On Wolfpack, who would hold on for the 10-8 win. Tai Peete recorded a game-high three RBIs courtesy of a bases-loaded triple in the third inning.

The Carolina Heelz and the Banditos exchanged the lead several times in a back-and-forth six inning brawl. Tyler Green commanded the mound for the Heelz, but had a rough outing as he gave up five runs in as many innings. However, he was dynamite on offense. His second double of the day put him in scoring position and set the stage for Nick Ricci. Ricci connected for a walk-off single that scored Green and lifted the Heelz to an 8-7 victory.