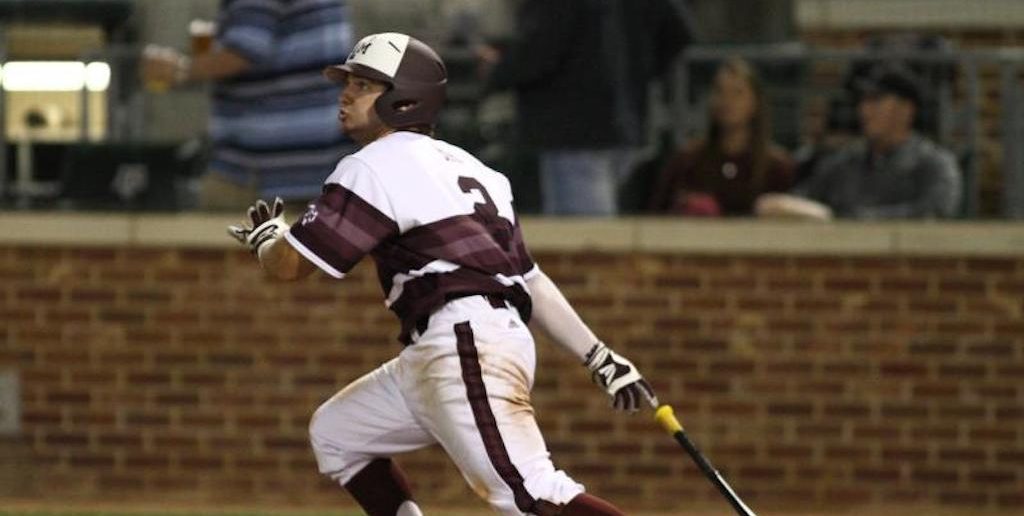 COLLEGE STATION, Texas – The Texas A&M Aggies pounded out a season-high 22 hits, including two home runs and three doubles, to post a 20-2 win over the Abilene Christian Wildcats on Olsen Field at Blue Bell Park on Wednesday evening.

The Aggies drew first blood in the bottom of the first inning. With two outs, Lankford drove a single into the gap in right-center and moved to second on a wild pitch. After Nick Banks drew a six-pitch walk, Nottebrok snaked a single through the right side of the infield and Lankford eluded a tag from Wildcat catcher Seth Spivey at the plate for the 1-0 lead.

Texas A&M (23-15) took advantage of an Abilene Christian error to score three runs in the bottom of the second. With one out, Birk poked single into right-center and the Aggies got a second runner aboard when ACU third baseman Brandon Grudzielanek fielded a grounder but dropped the ball before making the throw to first for an error. After Jace Statum flied to centerfield for the second out of the inning, Blake Allemand, Taylor and Lankford strung together consecutive RBI singles to inflate the Aggie cushion to 4-0.

The Maroon and White padded the lead again in the third when Birk launched a 2-1 offering over the rightfield fence for a two-out, solo dinger, the first home run of his career, to stake A&M to a 5-0 lead.

A&M built an unassailable, 20-1, lead with a seven-run seventh inning. The Aggies flew around the base paths like an untethered tetherball in the inning, sending 13 batters to the plate. The seven-hit frame was highlighted by a two-run double by Ryne Birk and RBI singles by Bratsen, Moroney and Taylor.

Freshman Infielder Ryne Birk
On the team’s performance…
“It’s always good to have a good night and help the team win. It’s good to keep the streak going. It feels great.”

On the offensive approach…
“I think we have a great approach. If we keep it up, we can play with anyone in the country.”

On pounding out 22 hits…
“It’s fun to see the other guys hitting. You go up there just trying to keep the line rolling. It was a great night for everybody.”

On hitting his first collegiate home run…
“It was a great feeling for sure. It was awesome. The team went crazy in the dugout for me. It was a special moment.”