You are at:Home»Alumni News»Success not altering former Bandito Goldschmidt’s approach 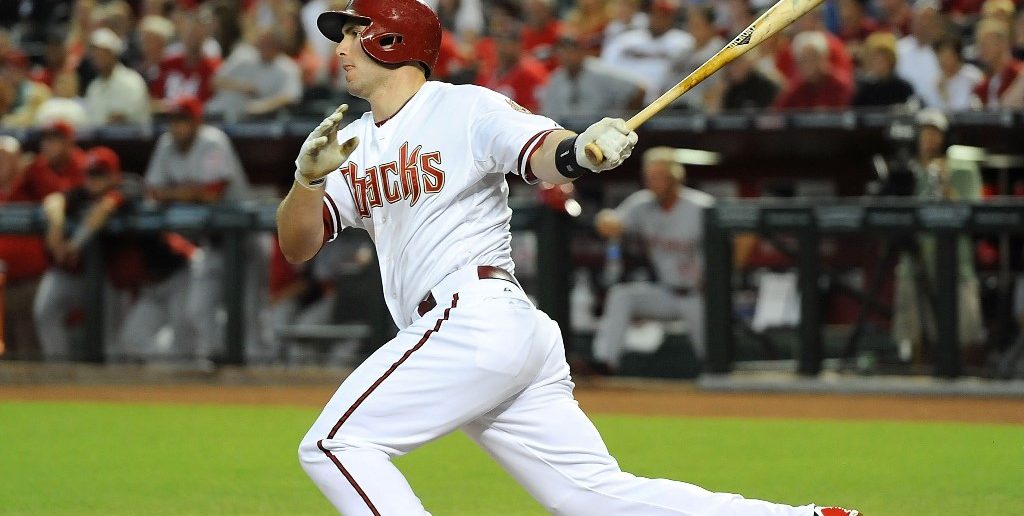 Attention to process, not results, has served D-backs leader well

SCOTTSDALE, Ariz. — It was Aug. 20 last year, and Paul Goldschmidt had just driven in four runs to help the D-backs beat the Reds in Cincinnati.

That gave Goldschmidt 100 RBIs for the year, and reporters wanted to know what he thought about reaching the milestone with so much of the season left to play.

Except Goldschmidt was not aware of how many RBIs he had at that point.

Such is the way Goldschmidt approaches the game, which might help explain why he, perhaps more than any other player, will not feel any added pressure this year to match his amazing 2013 season.

For Goldschmidt, it’s all about the process. If he takes care of that, he reasons, the results will take care of themselves.

“I just think the stats are the end result,” he said. “But let’s just use the 100 RBI thing as an example. I’m not thinking I need to have 100 RBIs. I’m thinking I need to have good at-bats; I need to make sure I’m fully concentrating. You break it down as small as you can into the things you can control. I think it makes it a little easier when you focus on that stuff.”

It also allows Goldschmidt to put at-bats that don’t get the results he wants behind him quickly.

“He’s about as disciplined as you get,” outfielder A.J. Pollock said. “His mentality is he doesn’t care what he did in the past, and he just goes out there and he’s ready to go. That’s how he goes 0-for-3 with three strikeouts and then hits a walk-off homer.”

The approach has served Goldschmidt well in his career, a career that has caught a lot of people by surprise.

Drafted by the D-backs in the eighth round in 2009, Goldschmidt was reported to have a slow bat and was not regarded as a good defender.

No one, though, told Goldschmidt as he consistently put up big offensive numbers while impressing the organization with his work ethic and maturity.

Goldschmidt hit 18 home runs in 287 at-bats in rookie ball in 2009 and 35 the next year in Class A Advanced Visalia, and he had 30 in 366 at-bats at Double-A Mobile before the D-backs had seen enough and called him up to the big leagues.

It has been a steady progression for Goldschmidt ever since.

And for those with questions about his defense, they can check his mantel for the Gold Glove he won last year.

“He’s had some pretty good years since he’s come up in 2011, but he’s humble,” D-backs manager Kirk Gibson said. “He’s humble to death to make sure that he doesn’t think that he’s got it figured out. Just good habits, he’s got good habits.”

Goldschmidt focuses on those habits, rather than the numbers.

They include showing up every day with a good attitude, being focused during his cage work and when taking pregame ground balls, being a good teammate and making sure he stays in good physical shape throughout the season.

“For me it’s the same as last year as the year before,” Goldschmidt said of his focus heading into this year. “You go out there and you work hard every day. You show up and try to be a good teammate and help the team win. There’s a lot of different ways to do that. Some days it may be offense, some days it’s defense; maybe you can just be a positive influence on teammates in the clubhouse or notice a pitcher doing something and it helps another player.”

It’s that kind of approach that makes Goldschmidt popular in the clubhouse.

“He just does everything the right way,” Pollock said. “He gets made fun of, because he does literally everything by the book, perfectly, how it should be done. He’s a great teammate and a great friend.”

Steve Gilbert is a reporter for MLB.com. Read his blog, Inside the D-backs, and follow him on Twitter @SteveGilbertMLB. This story was not subject to the approval of Major League Baseball or its clubs.