You are at:Home»Alumni News»Two Bandito Alumni Meet as Team Leaders in Hitting 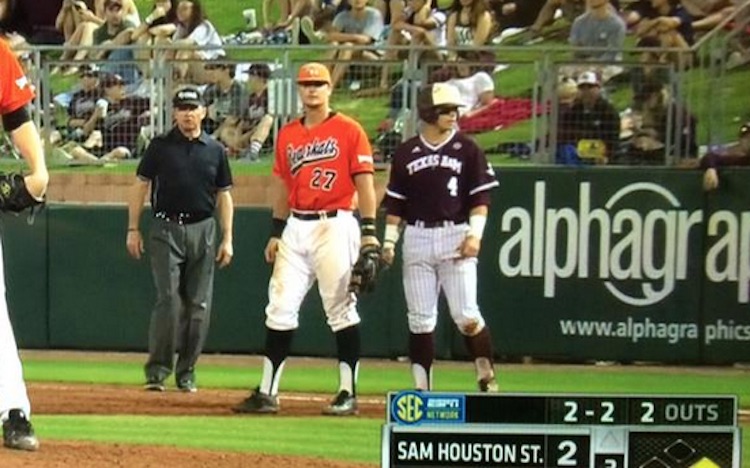 Reunited once again. Banditos Alums Spence Rahm (Sam Houston State) and Nick Banks (Texas A&M) hooked up against each other Tuesday night, with the Aggies getting the best of the Bearkats on the scoreboard.

Banks and Rahm are both leading their teams in hitting, and both added two hits each in the contest.  Must be something in the water in Tomball, Texas.

Check out their stats so far this season.

In another note from the game, former Bandito Ryne Birk was robbed of the cycle by the Bearkat right-fielder who made a diving catch for the out.