You are at:Home»Alumni News»Banditos Honored by Perfect Game Organizational Report 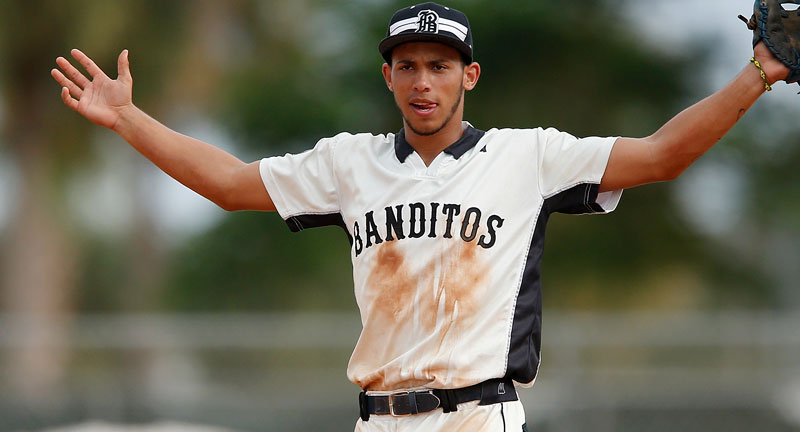 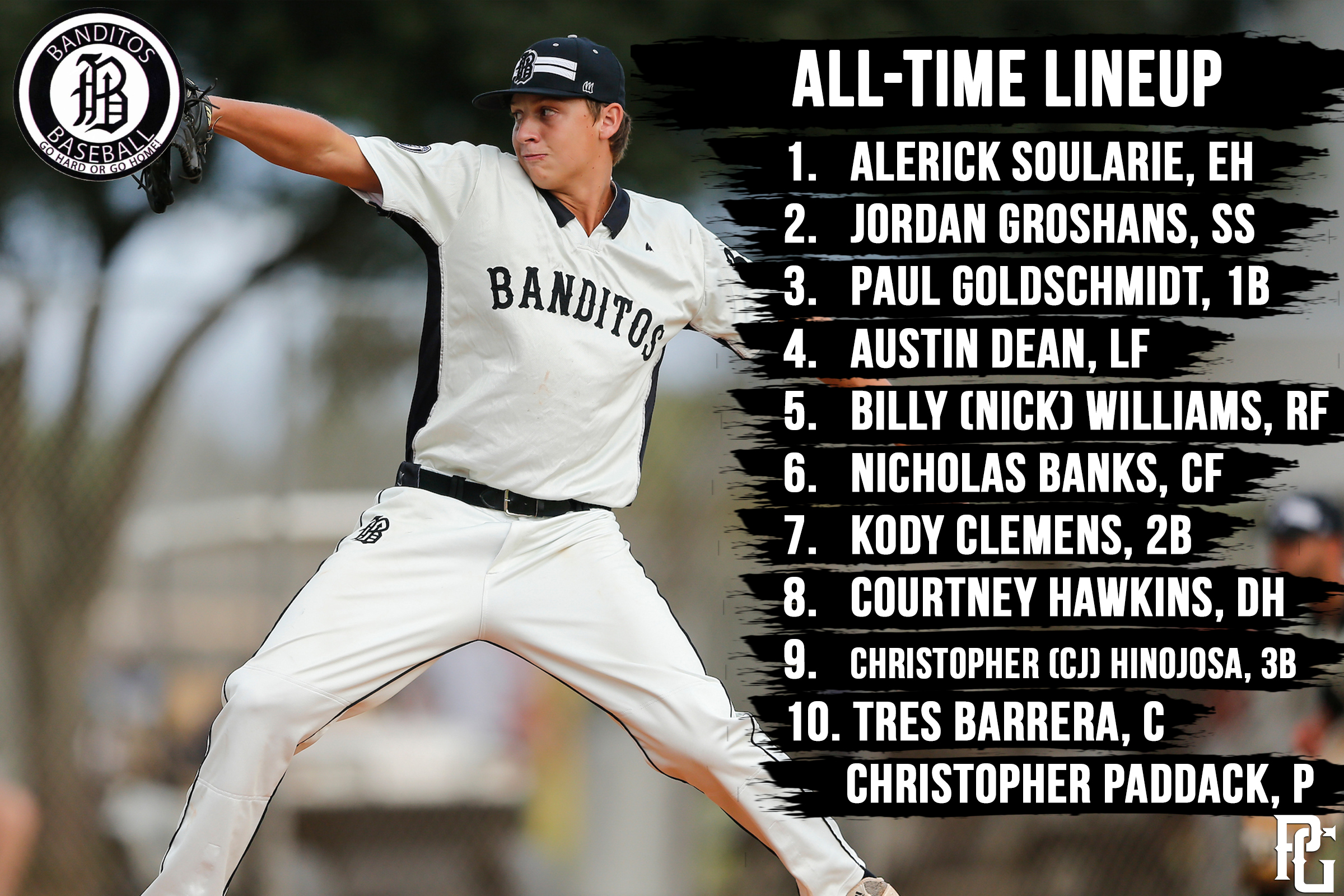 Program History
Established in 1994, the Banditos Baseball Club has been fortunate enough to have over 280 MLB drafted alumni and over 1400 college commitments. The Banditos high school program is widely recognized as one of the strongest and most successful in the country. With a strong emphasis on player development, the Banditos youth program (9u-14u) has also garnered over 158 National Championships. The Banditos program also received national recognition for their 155-game winning streak, a streak that will be tough to duplicate. Key players include: Paul Goldschmidt, Jameson Taillon, Christopher Paddack, Austin Dean, Billy (Nick) Williams, David Macias and Shea Robin.

“We believe in developing home-grown talent. The majority of our players have been with us since a young age.”

Historical Scouting Highlight
“The scouting highlight for such a storied program with this much talent throughout its history has to be a good one and that it is. Back in 2010, a prospect from La Marque, Texas came to the WWBA National Championship in North Georgia not very well known to many outside of the Houston area. After the week, or in this case one game, Nick Williams put together, recruiters were scrambling to get in a look at the soaring prospect. One short year later, Williams was putting on the PG All-American Classic uniform. A year after that, he heard his name called in the second round of the MLB Draft. What could cause such a hype to catapult Williams into the spotlight to that degree? Only one of the best single-game hitting performances we’ve ever seen at a Perfect Game event. Williams blasted a whopping four home runs in his 4-for-4 day at the plate, sending two out to left field and two out to right field. The rest was history.”

What are we looking forward to scouting during the summer of 2020?
“The Banditos have always had a pretty consistent amount of talent from top to bottom and this year should be no different. The rising senior group, the 2021s, is headlined by some athletic bats in Austin Stracener and Bryant Colon to go with some power arms in Cody Howard, Mason Marriott and Alec Grossman. The 2022s possess arms just as big in Xavier Perez and Murphy Brooks throwing to a group of talented backstops headlined by that of Reese Ratchford. Per usual, there is a ton of talented youngsters in the program including PG Select Fest participants Cade Arrambide and Conner Bennett to go with names like Andrew Danielsand David Hogg II among many others. This organization is made up not only of names that litter the Top-500 rankings, but consists of a ton of rising talent who should soon find their way onto the national scene as they hit the tournament circuit and create their own spotlight.”