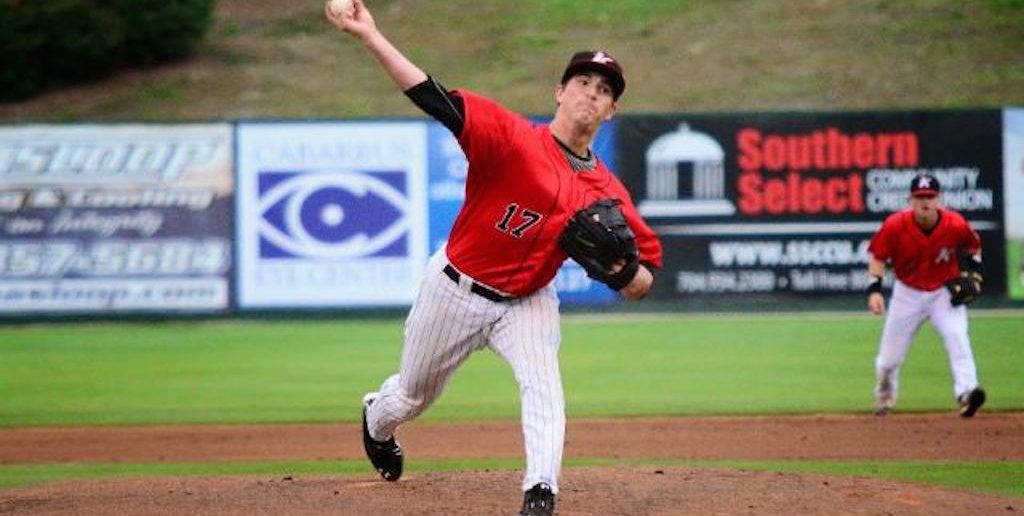 CHARLESTON, W.Va. — On paper, the West Virginia Power appeared to have a starting pitching advantage over visiting Kannapolis Tuesday at Appalachian Power Park.

Nineteen-year old Kannapolis starter Thad Lowry entered the contest with an 0-3 record and an earned run average of 7.59 after his first three starts in the South Atlantic League, but earned his first Class A win in tossing a no-hitter in a rain shortened, five-inning, 3-0 win.

West Virginia dropped its fourth straight in moving to 20-38, while Kannapolis improved to 27-30.

Lowry, who graduated from Spring (Texas) High school last summer before being drafted by the Chicago White Sox in the fifth-round of the 2013 MLB draft, struck out four batters and faced the minimum number of batters through four innings.

Lowry, whose fastball reaches 95-96 miles per hour, walked a pair of batters in the fifth, but wiggled out of trouble with three fly outs to left field in the inning. Lowry’s performance lowered his ERA to 5.17.

“He was going right at them with the fastball and throwing his breaking ball for strikes,” said Kannapolis pitching coach Jose Bautista of Lowry. “He also kept the ball down. In the last inning he got the ball up a little bit, but I think it was a big game for a 19-year old.”

Neverauskas allowed no hits through three innings before the Intimidators plated a pair of runs in the fourth. A leadoff walk was followed by back-to-back RBI hits from Jacob Morris and Trey Michalczewski giving Lowry a two-run cushion.

Kannapolis closed out the scoring in the fifth when Hunter Jones was hit by a pitch with one out and worked his way around to score on a Danny Hayes sacrifice fly.

The game was delayed before the start of the sixth inning and lasted 32 minutes before the game was officially canceled at 8:59 p.m.

Kannapolis will look to sweep the three game series Wednesday at 7:05 p.m.